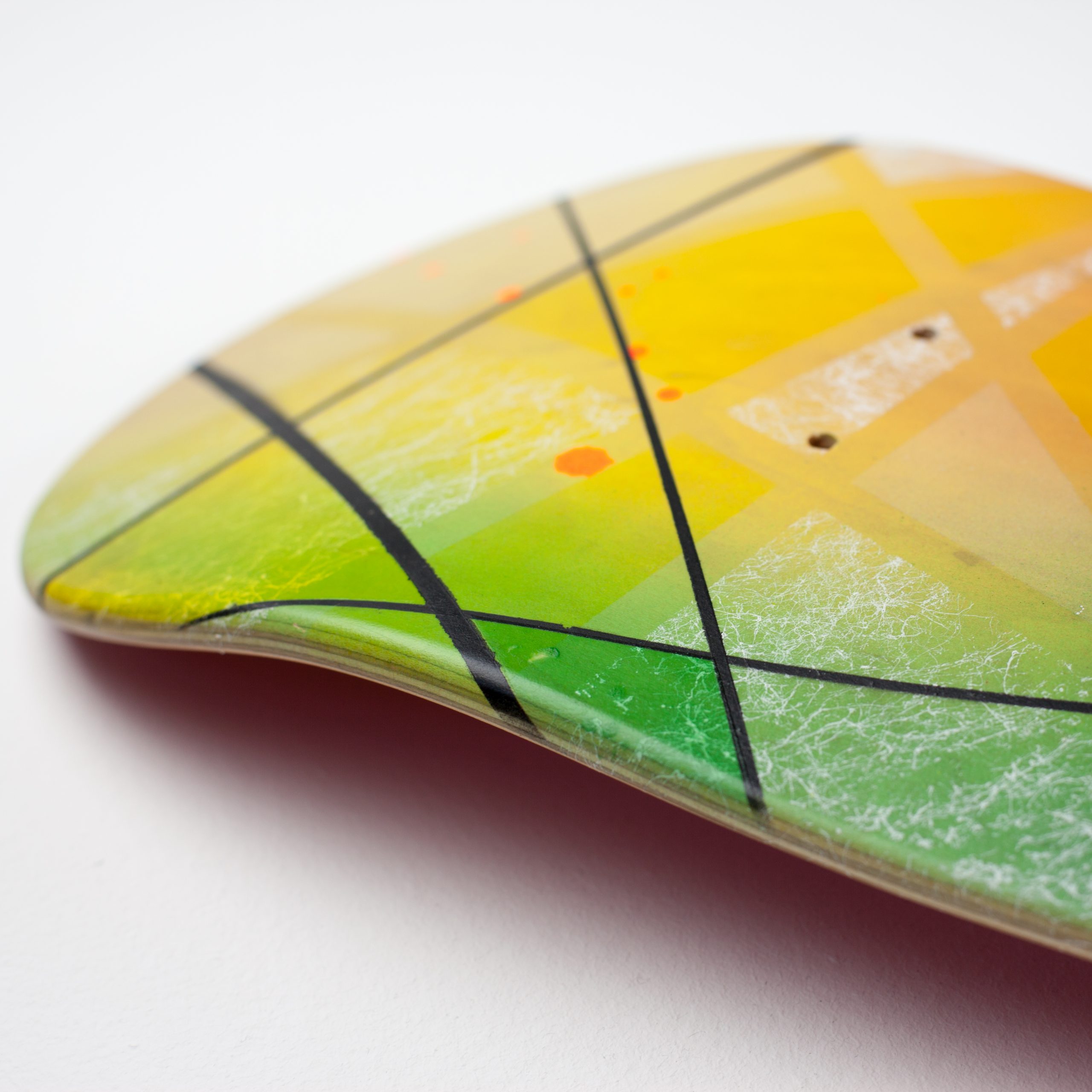 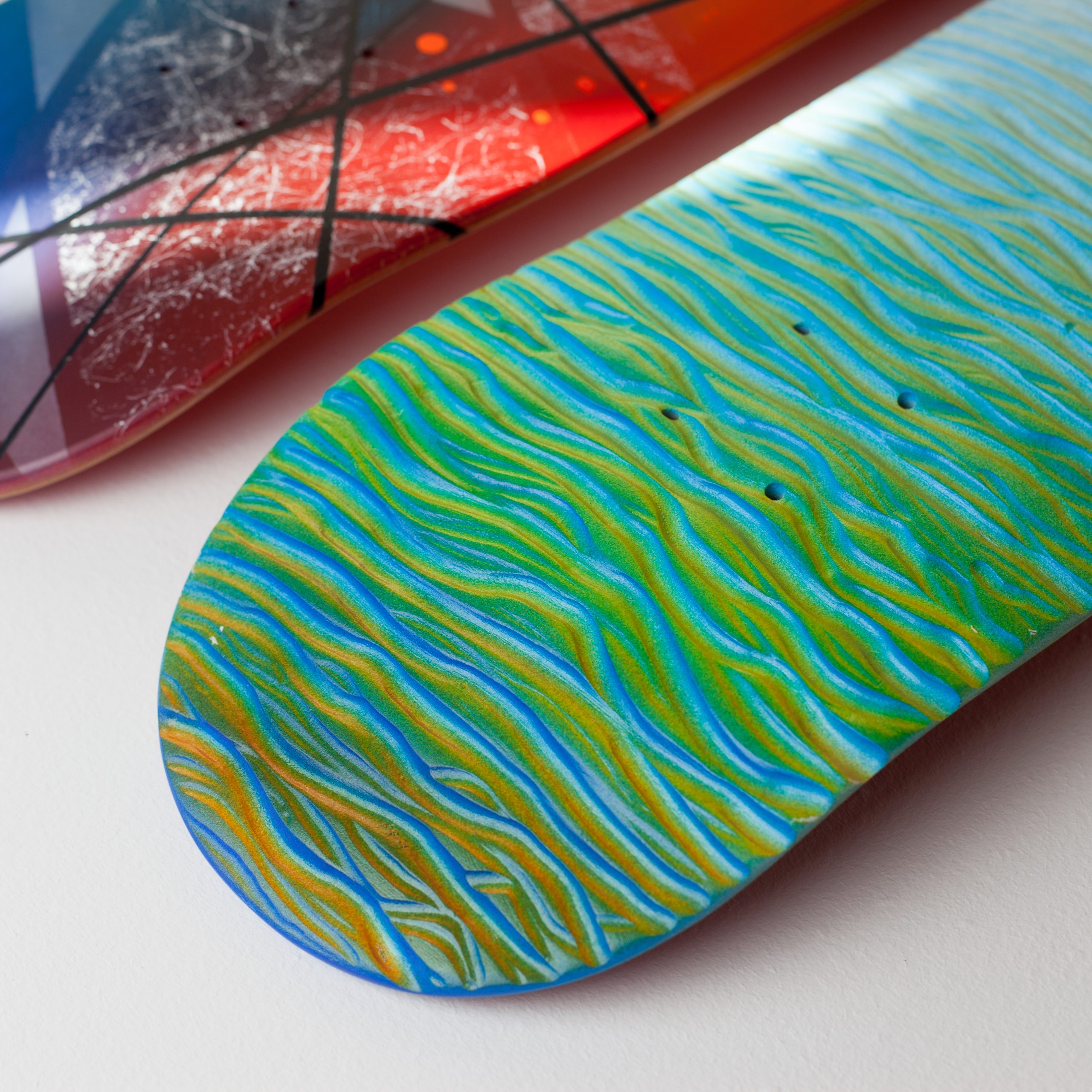 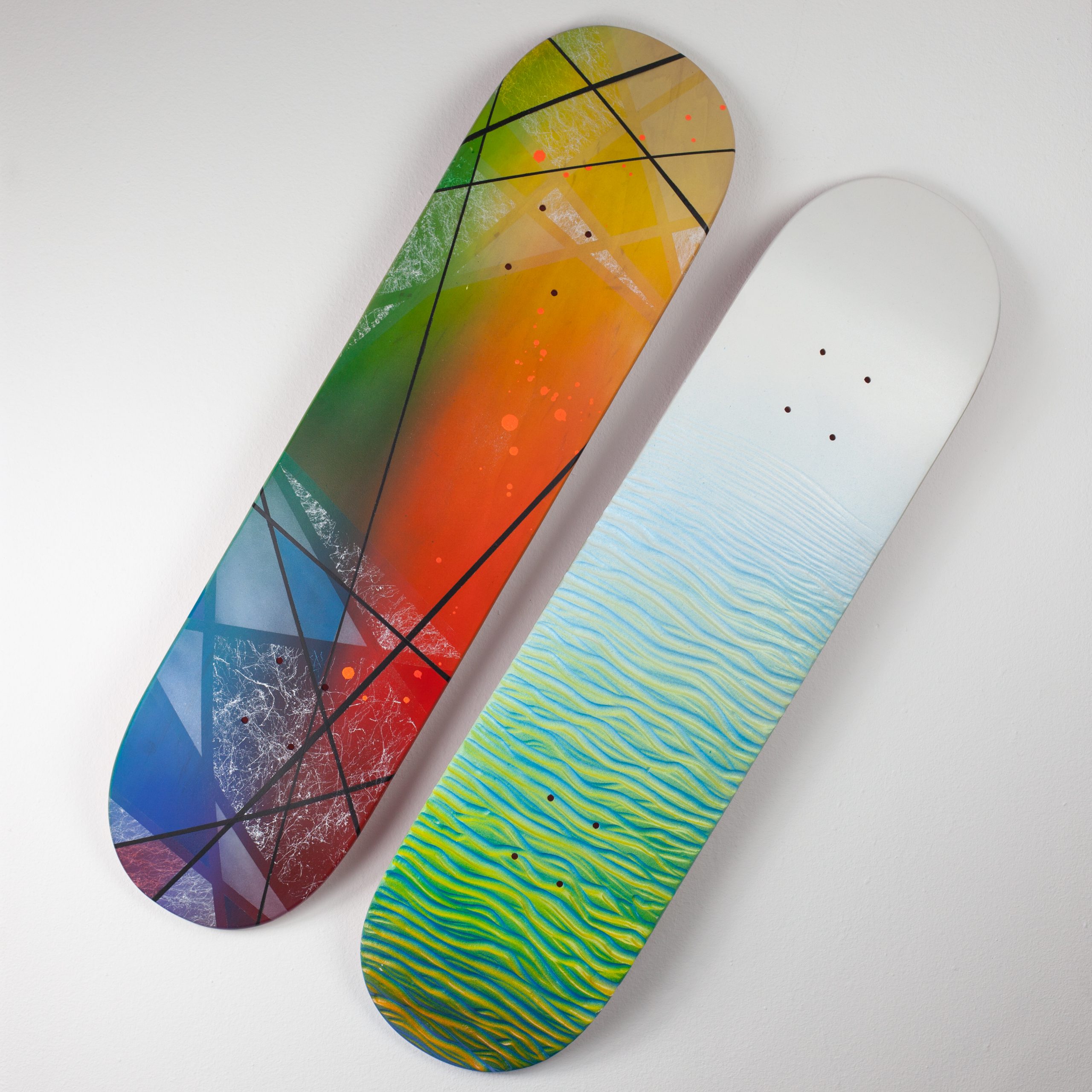 Gregor Flother aka. Formtyp was born in Cologne in 1978 and he is deeply rooted in street culture. His first works were largely inspired by the graffiti and skateboard scenes and Gregor became an established graffiti artist in the 90s. He was an essential part of the “Dom Posse” skateboard crew and had several sponsors, too.

In 2013 Gregor graduated with distinction in communication design (Dipl.Des. FH) at the University of Applied Sciences in Düsseldorf and since then he already worked for such big clients as the streetwear giants Vans or Eastpak.

Gregor’s two artworks reveal his multidisciplinary field of work at the interface between design and street culture. He skillfully combines color gradients with graphic accents and filigree pictorial elements with hard lines.

One of the two artworks was created together with Willow Wildgrube, who also became known as a professional skateboarder. Today Willow upcycles used skateboards and creates stunning pieces of furniture and art.

Gregor’s flair for color and design and Willow’s woodworking skills have provided the base for a unique and impressive work of art.

We would like to express our special thanks for Gregor’s support also far beyond the two artworks. It is a pleasure and honor to have you on board and found a new friend in you!